Church bells are a unique form of outreach, announcing a joyous, buoyant, free but ordered life in the church, beckoning gracefully but not stridently to all, and falling with particular effect on the ears of those who are prepared to hear.

The tower of St. Martin’s is notable for having two sets of bells: a nine-note chime dating back to 1889, and a 1980 ring of eight bells hung for English change ringing. In 2017 an automatic bell ringing system was also installed to ring the Angelus thrice daily.

The 1889 chime was cast by the Whitechapel Bell Foundry in London, bearing the name “Mears and Stainbank”. This massive chime is showing its age, but continues to be in working order. It is played by pulling on wires which operate large hammers that strike the bells.

The nine-note chime plays a diatonic octave, and includes a raised forth, making it suitable for playing simple hymn tunes. 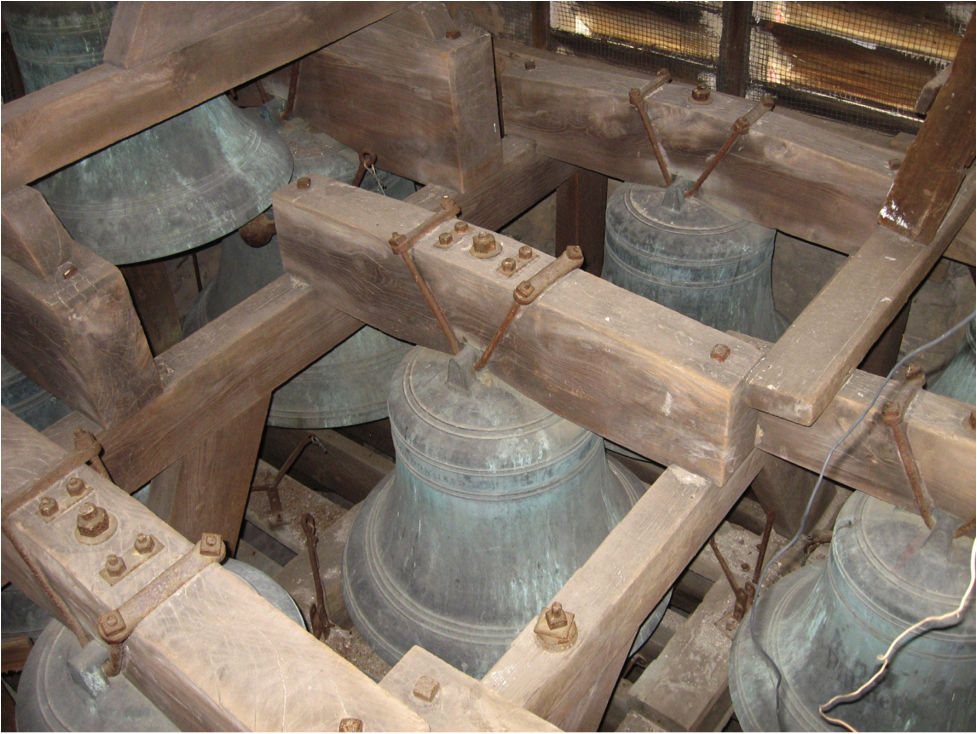 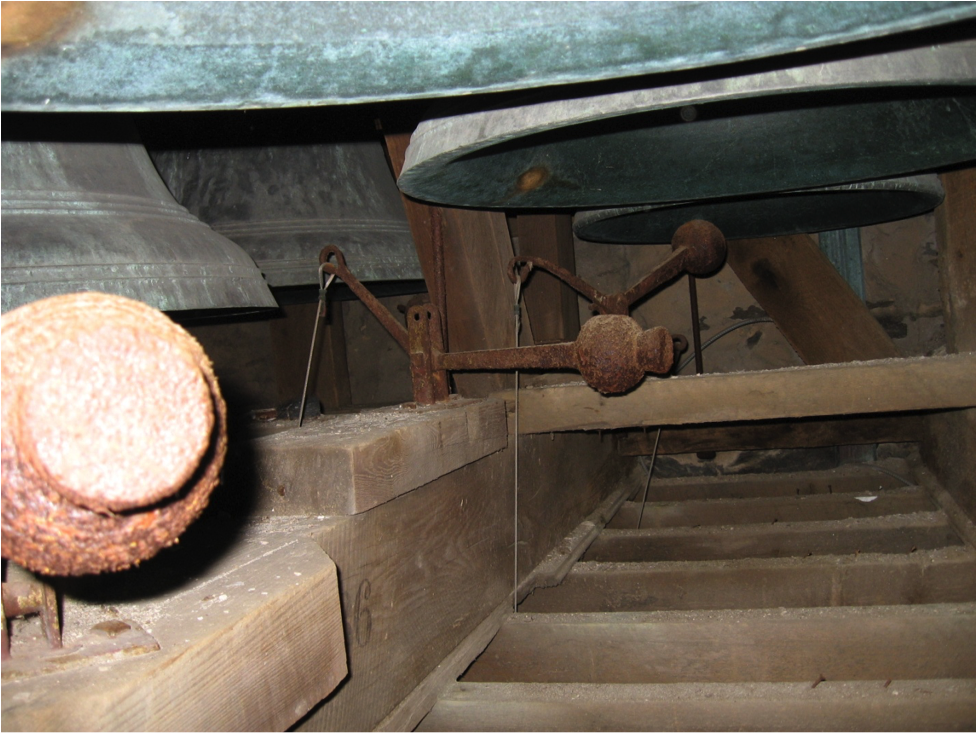 The Ring of Eight Bells


St. Martin’s eight free-swinging bells were made possible by the gifts of many, both within and beyond the parish. They were cast in 1979, also at the Whitechapel Bell Foundry, and dedicated at the church on June 8th, 1980, by Bishop Lyman Ogilby. The bells comprise an octave in the key of D. The tenor bell weighs 512 pounds and the treble 186 pounds. They are dedicated to holy people of the British Isles: 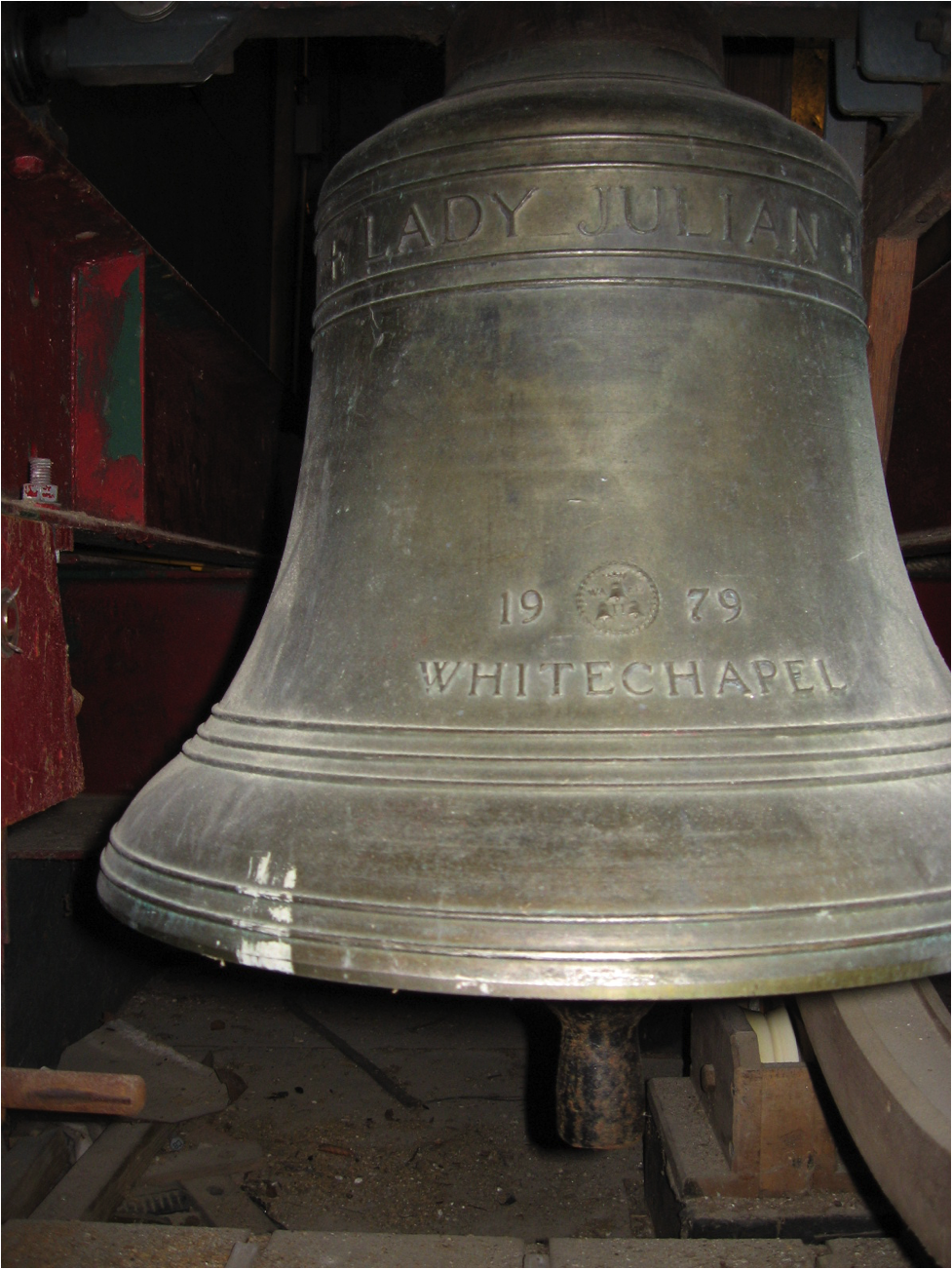 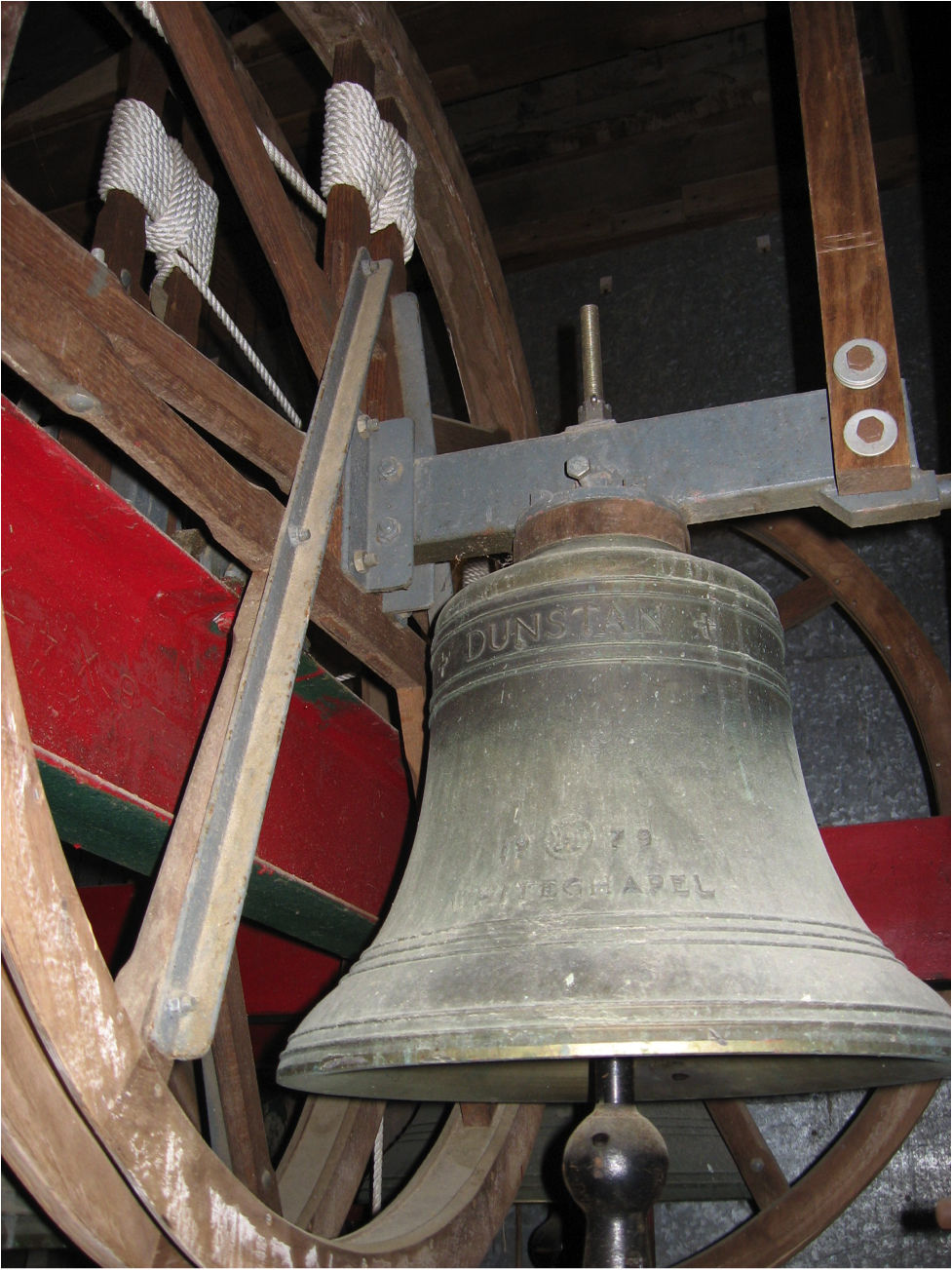 There are about 5,500 sets of tower bells hung for change ringing in the UK, and only about 130 in the rest of the world. Forty-eight of them are in the US, and one of these is at St. Martin’s. A change ringing bell is mounted on an axle and fitted with a wheel so that it can be rotated full circle with each pull of the bell rope. These free-swinging bells are rung to “changes” rather than to tunes. Each line is known as a change, because in every line the bells are run in a different order. The rhythm is constant and each bells sounds once in each change. The result is an ever-changing cascade of sound.


St. Martin's bells are rung by the Philadelphia Guild of Change Ringers.


It is not surprising that Philadelphia, the city which houses the most historic bell in America, was and is an important center of bell ringing. The tower bells at St. Martin’s are hung for English change ringing. St. Martin’s is one of only two towers with operable change ringing bells in Philadelphia, though at one time there were more. The other church is Saint Mark's Church is in Center City. The Philadelphia Guild of Change Ringers provides instruction and information to individuals and organizations interested in English change ringing.

We are always looking for new recruits who would like to ring bells. Change ringing is a hobby like few others. Some people ring as a ministry for their church, much like singing in the choir, and others ring just for the fun and challenge of it. We ring on Sunday mornings and for special church services or weddings. We are a diverse group of people of varying degrees of faiths and beliefs. We practice once a week for an hour and a half, often gathering for social time at a local restaurant afterwards. Individuals interested in learning this ancient art should contact the ringing master via email or telephone 215.765.8736.

Watch the Change Ringers at work