Thanks for a great 2021 camp week! We will release information about our 2022 VBS and Choir Camp programming in early 2022! 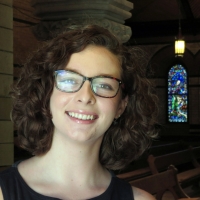 Anne Alexis Harra (she/her) was born and raised in Wilmington, DE, where she is currently a member at St. David’s Episcopal Church. Anne Alexis graduated from Washington College in May 2019 with a B.A. in English and a minor in Philosophy. She is currently working on her M.S. in Secondary Education from Saint Joseph's University.

Anne Alexis serves on the Diocesan Council in the Episcopal Church in Delaware, as well as the Racial Justice & Reconciliation Commission. She moved to West Philadelphia in January 2021 after spending time in the city with her partner (Cole Appelman [he/him]) and while working on her Masters in Secondary Education at Saint Joseph’s University. A big piece of her heart may be in DE, but she could not be more thrilled to be a part of the St. Martin’s community!

Beginning with the waters of baptism, Anne Alexis has devoted her life to serving God in the Episcopal Church. Raised on Godly Play in Sunday school and moving into a tight-knit youth group, she is aware of the positive impact that the Church’s presence can have in the life of a young person. She is passionate about encouraging children and youth to explore their faith on a personal level while also committing to a community-centered effort to enact change for the greater good.

Anne Alexis is passionate about racial justice and healing, as well as advocating for the rights of children in the context of the Christian faith. She hopes for a church where all of God's beloved are welcomed, heard, and included. She seeks and envisions a church where every member feels the true love of God in Christ. Anne Alexis is deeply aware of the profound impact of Jesus' unyielding love for all, including the most tender and vulnerable in our society: children. Hopeful for a day when all marginalized peoples are treated with equity, she continues "to seek and serve Christ in all persons." The Baptismal Covenant and Sacrament of Eucharist guide her ministry.

Anne Alexis’ father owns and is president of a local funeral home in Wilmington. Some of her earliest childhood memories include observing him engage with bereaved families in a way that can only be described as ministerial. Her mother is a hospice nurse who guides her patients and families through a dignified palliative care stage. Anne Alexis’ parents have left a huge impression on her heart. A ministerial goal she has at St. Martin’s is exploring the often taboo topics of dying and death in the hopeful context of the gospels.

In her free time, she enjoys weightlifting, reading, spending time with her family (notably her godson, Will), and watching new shows with her beloved cats by her side. She and Cole enjoy trying eclectic restaurants in their neighborhood -- observing COVID restrictions, of course! 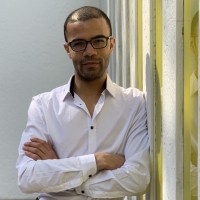