Who does the ministry serve, and how?

Launched in 2016, the Refugee Resettlement Ministry (RRM) at St. Martin’s was created out of concern by several members of the parish about the global refugee crisis, particularly coming out of Syria. St. Martin’s Refugee Resettlement Ministry joins with leaders of faith communities, secular organizations, and citizens in the Philadelphia area to resettle refugees in a safe, secure, and welcoming environment.

We help resettle refugees as guided by the Bible in Leviticus 19:34: "The stranger who resides with you shall be to you as the citizen among you; you shall love the stranger as yourself, for you were strangers in the land of Egypt: I am the Lord your God."

RRM is led by a committee, including St. Martin's lay leaders, including: Andrew Christman, Ben Baehr, Hal Taussig, Lyn Buchheit, Marnie Kerr, Mims Zabriskie, Susan MacBride, Tanya Regli, Lanie Dilks, and Sandy Lentz. St. Martin's is a member of the New Sanctuary Movement, with whom we have taken action over the past several years. Other collaborators include other churches in the Wissahickon Deanery, the Church of the Crucifixion, HIAS PA, Nationalities Service Center, POWER's Live Free Strategy Team, the Driving PA Forward Coalition, JUNTOS, and the Shut Down Berks Coalition.


How do I get involved?

Anyone interested in working with and building up this ministry is welcome to join us for regular meetings. Contact co-chairs Jeff Meade or Lyn Buchheit.

The Refugee Resettlement Ministry (RRM) was founded in summer 2016 as a response to the world refugee crisis.

The RRM began as part of a coalition of local churches helping to facilitate the resettlement of a young Syrian woman, Samra, who attends LaSalle University on a student visa, and Mohamad, and a young student at Friends Select School, now at Bard College.

In October 2016, the RRM began fundraising efforts in preparation to host a refugee family. In December 2016, St. Martin’s welcomed the Dahans, a Syrian refugee family of four, to Philadelphia.


Over the past two years, a core group of 20 parishioners and community members, supported by untold numbers in the St. Martin’s community, have ensured the Dahan family’s resettlement through generous donations of time, goods, and services. The RRM has hosted several public and private fundraisers raising over $30,000, and St. Martin’s Committee Engagement committee’s operating budget has contributed $20,000 to Samra’s LaSalle tuition.

Together, our community coordinated the Dahans' housing and transportation, and supported their access to health care, employment, and education.

The RRM is currently developing goals for the future in light of the Dahan family’s increasing independence and the changed landscape of refugee resettlement in the U.S. This discernment process has included a steering committee retreat, participation in the Community Engagement Forum, two summer Book Club sessions (Toxic Charity by Richard Lupton), and most recently, discussions with parishioners at Homecoming Sunday.

Congregation members became part of advocacy teams at NSM, including

What are some struggles?


As refugee programs began to diminish because of reduced Federal support, RRM began a discernment process to find other ways to support immigrants in our community. Through reflection and planning RRM began to look for healthy ways to support immigrant led organizations and be effective allies. The pandemic also created additional barriers to connecting with immigrants while also creating more imminent needs around food and shelter. 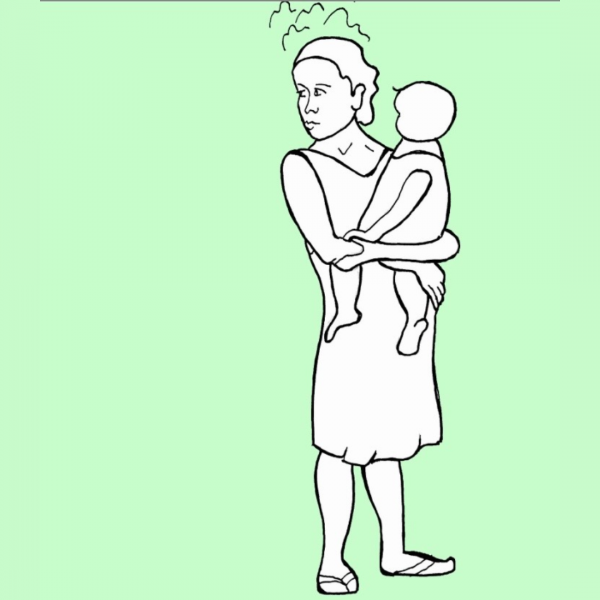 Many thanks to members of the St. Martin-in-the-Fields community for their incredible generosity in providing coats and other winter apparel for asylum seekers arriving by bus in Philadelphia. In the end, we received the equivalent of more than ...
Read More

Recently, we appealed to you for new and gently used winter coats and other cold-weather apparel for asylum seekers from Texas. We are delighted to announce that we have dozens of bags filled with your generous donations. Please dona...
Read More

St. Martin’s Refugee Resettlement Ministry Launches Winter Coat Drive for Asylum Seekers from Texas Asylum seekers from Texas are arriving by the busloads in Philadelphia, a Northeast Sanctuary hub, where they transition to other sites...
Read More 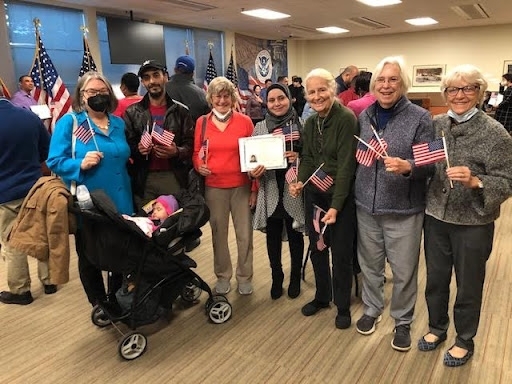 Come to Hospitality on January 15 to Reunite with the Dahans and Payabs, and Join Asylum Seekers Welcome Team

The Refugee Resettlement Ministry has been actively and personally involved in helping to resettle two families over the past few years. The Dahans arrived in Philadelphia from Syria in 2016 with two children, Ayman and Iman, and now a new...
Read More

Asylum seekers from Texas are arriving by the busloads in Philadelphia, a Northeast Sanctuary hub, where they transition to other sites in the Northeast, hoping to join family and friends. Many arrive in warm-weather clothing, unprepared f...
Read More


All are welcome to join for silent meditation in the church at 8:15 am every weekday. For more information, please email Leslie Newbold at [email protected]om . Free, No need to RSVP, just show up! Anyone in the community is welcome.