The Ministry of Reconciliation is available to anyone who desires to confess and be reconciled to God and neighbor. It is done in a place set aside to provide privacy for both the clergy and the penitent. Confidentiality is absolute for the confessor or clergy with two exceptions: harm to self or harm to others. Confessions may be heard anytime by appointment with any clergy member. 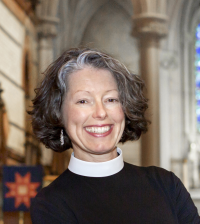 Anne is a native Westerner, having spent her childhood years in Oregon and Colorado. She follows in the footsteps of her great-grandfather from Wales who was an Anglican priest and her uncle who was an Episcopal priest. She holds a B.A. in Anthropology from Whitman College, a M.Ed. from Western Washington University, a graduate certificate in Leadership and Camp Ministry from Wheaton College (IL), a diploma in Anglican Studies from the Berkeley Divinity School at Yale and an M.Div. from the Yale Divinity School.

An experienced ropes course facilitator and wilderness trip leader and trained to work with traumatized communities, Anne believes in the power of conflict resolution and peace making through mediation. She has recently spent time with a Christian Peacemaker Teams delegation to Israel/Palestine and attended a human rights training with Cristosal in El Salvador. 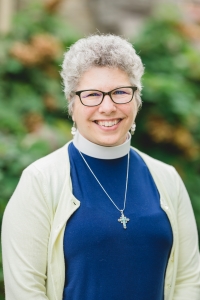