Please help keep our parish prayer list up-to-date. Names will be kept on the list for a month from the time the request is made, unless otherwise specified. After four weeks, longer-term prayer needs will be moved to our list of ongoing concerns. In addition to praying for one anotherâ€™s concerns, we would also like to give thanks for your joys and your answered prayers.

You may send us your prayer requests by the form below or contact the office. Please direct flower dedications to Connie Haggard.

Thank you for sending us your prayer request. We will be in touch with you very soon. 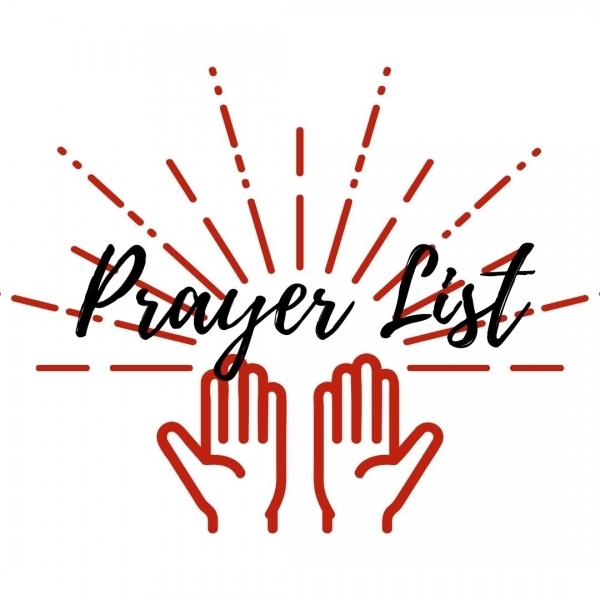 The Rev. Jarrett Kerbel (he/him) was educated at Northwestern University, the University of Chicago and Union Theological Seminary in New York City. He was ordained Priest in 1995 in Danville, Pennsylvania where he worked as a Hospital Chaplain and a Head Start teacher. Pastoral positions followed at the Church of St. John the Evangelist in Flossmoor, Illinois, St. Paul and the Redeemer in Chicago, and then Rector at St. Maryâ€™s Episcopal Church in Park Ridge, Illinois. After following his wife, the Rev. Dr. Alison Boden, to her new position in Princeton, New Jersey, he was called to be the Executive Director of the Crisis Ministry of Mercer County. The largest food pantry and the gateway agency for Homelessness Prevention services in Mercer County, the Crisis Ministry also runs a Welfare to Work program and an innovative free farmers market. Jarrett became Rector of St. Martinâ€™s in February 2011. He formerly served as the co-chair of Philadelphians Organized to Witness Empower and Rebuild (POWER). Jarrett serves as Dean of the Wissahickon Deanery and is an Associate of the Order of the Holy Cross. He is an Adjunct Professor at Princeton Theological Seminary where he co-teaches a regular class on Faith Based Community Organizing, Theology and Practice. Jarrett has been published in Sojourners, the Huffington Post, Yours the Power, and the Journal of Public Theology. He is the father of two children, Timothy and Martha.

When St. Martinâ€™s Church welcomed volunteer singers into the adult choir in 1981, Connie (she/her) volunteered. She is still singing, and the choir has grown from nine to 35. Her St. Martinâ€™s journey has included choir librarian, three soup kitchens, board of Women of St. Martinâ€™s, outreach committee, book room (now out of circulation) reorganizer and coordinator, clerk of the vestry and, her favorite, playing Peppermint Patty in St. Martinâ€™s production of Youâ€™re a Good Man Charlie Brown in 1986. Currently she works alongside over 100 parishioners as liturgical coordinator, with hopes that many more will come on board. A graduate of Cornell University with a major in English, Connie taught in Ithaca High School and in the Wissahickon School District for 17 years. She and her husband, Dick, a retired research chemist, have lived in their Fort Washington home for 46 years where they raised three sons. They are fortunate to have three grand-daughters who live nearby. When Connie and Dick are not busy at St. Martinâ€™s, they enjoy musical events, visits with family and friends, and travel, near and far.