Saints of Color Who Inspire Our Ministries: Harry Thacker Burleigh 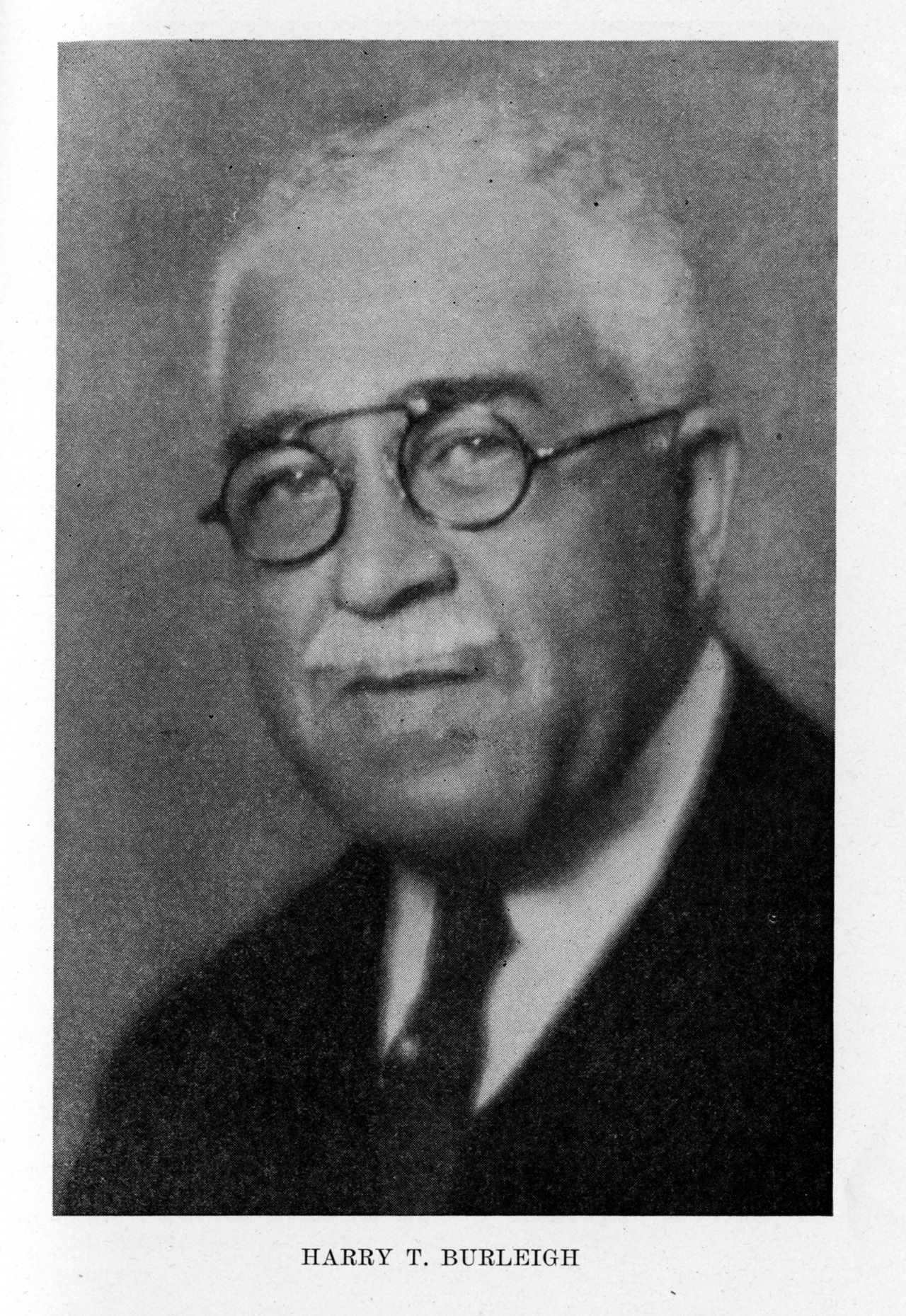 When I am asked who I admire, I not only think about a person’s achievements but also their character and qualities. What makes someone admirable is in the how as well as the what. To act with purpose, with integrity, for the benefit of all, with aforethought for the future and remembrance for past traditions.

The Episcopal Saint of Color who inspires me and my music ministry is Pennsylvanian native, Henry (Harry) Thacker Burleigh, who was born in Erie in 1866. A well-known singer, prolific composer, and talented arranger, Burleigh did more to promote and make available music from the African American traditions than anyone ese in the United States. He was renowned as a soloist in (even “white”) churches in New York and had a significant influence on the music of the famous composer Dvořák by introducing him to music of black people (this would lead to Dvořák’s inclusion of melodies such as Amazing Grace in his “classical” works!).

Every time you pick up a hymnal in church, both the 1982 and Lift Every Voice and Sing you are picking up work of Burleigh whose contributions to liturgical music are in both. With advocation of the music of people of color as his purpose, Burleigh’s integrity was recognized by the NAACP in 1917 with him being awarded the Spingarn Medal for achievement. He was a key figure in making the music of black composers available to the classical music world.

His commitment to preserving past traditions for the future is beyond inspiring. He would arrange African American songs into the more “classical” forms to help promote the work, and through it helped to carve the “American” music tradition. (There is a wonderful book from just last year to read on this very topic: Dvorak's Prophecy: And the Vexed Fate of Black Classical Music by Joseph Horowitz.)

Burleigh is celebrated on his Feast Day of September 11 in the Episcopal liturgical calendar, but along with all our saints and people who inspire us, we celebrate them whenever whenever we find inspiration from them.

So, as we come to the end of Black History Month, let us not forget the achievements of BIPOC and their legacies, but also take with us in to Lent and beyond the important qualities we witness in our saints and in the good of all people for the benefit of all.

God, our strong deliverer: We bless your Name for the grace given to Harry Thacker Burleigh, who lifted up in song the struggles of your people. Let that Spirit of love which spurred him draw us and your whole Church to raise our distinct voices into one great harmony of praise; through the same Jesus Christ, who with you and the Holy Spirit lives and reigns, one God, now and for ever. Amen.