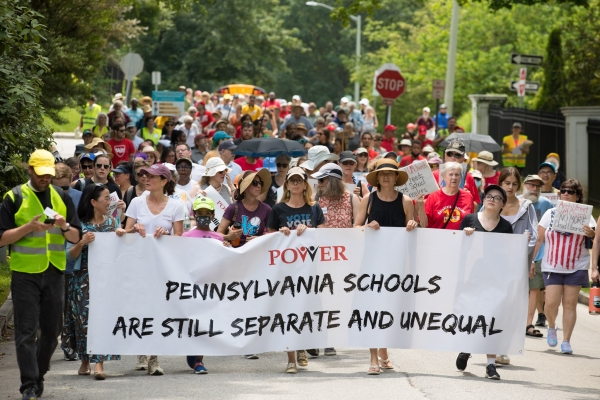 Chanting "Equal Dignity! Equal Dollars!" impassioned marchers drew attention to the funding gap between wealthy school districts (with mostly white students) and poor school districts (with mostly students of color) in Pennsylvania. POWER wants Harrisburg to pass Full, Fair Funding of state education dollars to redress this inequity. Marches in Lancaster, Pottstown, and the Lehigh Valley exerted pressure on elected officials, and an action in Harrisburg on June 23 is designed to make the moral stakes for students entirely clear to all with a conscience.

We give thanks to all of our church members who came out for the march with POWER, and to our Local Organizing Committee (LOC) for their organizing work. 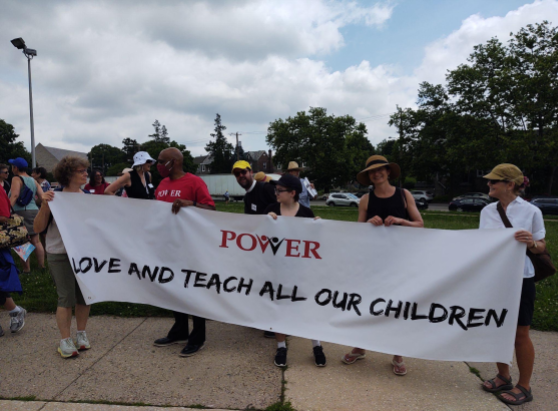 The Church of St. Martin-in-the-Fields is a founding member of Philadelphians Organized to Witness, Empower, and Rebuild (POWER), a faith-based community organizing project that includes over 40 interfaith congregations throughout Philadelphia and more throughout Pennsylvania.