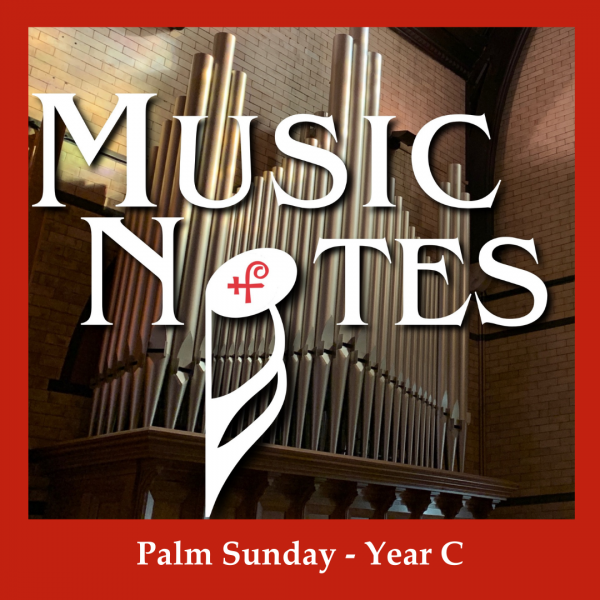 As Jesus continues his journey and enters the City of Jerusalem, so do we continue our journey together into Holy Week this Palm Sunday.

A special addition to this Palm Sunday will be a performance by Philadelphia-based Positive Movement Drumline starting at 10:15am, whose “sole focus is to encourage and inspire young people and adults so they may find a safe haven through drumming, while simultaneously spreading a positive community message, showing leadership, and raising awareness to decrease gun violence in Philadelphia.” I am very grateful to them for their performance this Sunday and if you are able, please do support the Music Fund to help fund them and all the musicians we engage including our Brass for Easter Day. All contributions are gratefully received and acknowledged.

Donate to the Music Fund

This performance combined with our choral and organ music during the Holy Eucharist will help us transition from Lent, into Passiontide, Holy Week, and then to the miracle of the Easter Story. Music this week comes from the very beginnings of Church music with our plainsong Introit and Psalm, to the modern day with Barber’s Adagio for Strings as our Postlude.

[Repost from the Seventh Sunday of Epiphany] A Knight of the British Empire, Sir Henry Walford Davies (1869-1941) had a prolific career as organist, composer, educator, Royal Air Force Officer, radio presenter, and Master of the Kings music (succeeding no less than Sir Edward Elgar (1857-1937)!)… to name but a few of his jobs! Oh, he also taught Leopold Stokowski, the conductor of the famous Disney classical music animation, Fantasia.

His vast output for much larger forces than 4-part choir somewhat shadow his God be in my Head and yet the latter remains one of his most well-known works, first published in 1910. Its text is taken from French in the frontispiece the Book of Hours (1514) and was translated to English in 1558.

Walford Davies was taught by Charles Villers Stanford at the Royal College of Music. He was for a short time Organist at St. Anne’s Church, Soho, London, which today is one of London’s most liberal and progressive churches (to learn more, when you see me, ask me about Lady Lambrini!).

I am going to have to say it… I truly think that O Sacred Head, Sore Wounded is one of the finest harmonisations J. S. Bach (1685-1750) ever wrote! Originally a secular melody (Herzlich tut mich verlangen) by Hans Leo Hassler (1564-1612) with text from the Middle Ages, we hear it this Sunday as our Communion Motet. His ingenious use of harmonic progression to further illustrate the text allows us to deepen the meaning of this beautiful hymn, particularly in the context of Bach’s St. Matthew Passion from which this is taken, while also being found in many of this other works. The Danish composer Rued Langgaard (1893-1952) composed a set of variations for string quartet on this tune.

Cool Fact: J. S. Bach’s influence extends well into the 20th century and the present day as can be heard here in Paul Simon’s American Tune which uses the same melody and some of the harmonic progressions as Bach’s arrangement in this secular pop song from the 1970s!

Used at Franklin Delano Roosevelt's funeral and in a performance to an empty hall by the National Symphony Orchestra after John F. Kennedy’s assassination, Samuel Barber’s (1910-1981) Adagio for Strings has been coined as the piece that did for the North American music traditions what Elgar’s Nimrod Variations did for the British music traditions. In 1938, Barber sent a score of the piece to Arturo Toscanini who returned the work without comment. Despite this apparent rudeness, Toscanini had supposedly memorized the piece and had no use for the score ahead of him conducting its first performance later that year!

From its first fragile B-flat that seems to hang, suspended in time, to the penetrating climax, and resulting calm of hope, one can almost map the journey of Holy Week through each and every note… Use this moment of quiet at the end of our Palm Sunday service this year as a way to prepare your hearts and minds for the Holy Week ahead.

Take a Listen: Barber’s famous string orchestra work can be heard performed in a beautiful arrangement with voices in a setting of the Agnus Dei, as heard here in a recording by the incredible vocal group, Voces8. 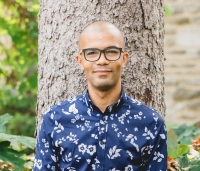