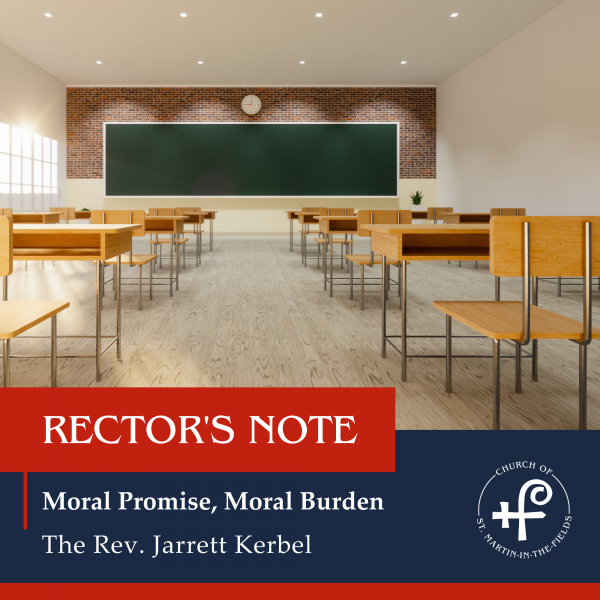 During January, I had the joy of teaching my class in Theology and Ethics at Princeton Theological Seminary. For three hours every morning, my co-teacher, John Bowlin, and I met with 25 students and had engaging, energized discussions about ethics, theology, activism, organizing and social issues. Miraculously, not one student or instructor contracted COVID-19!

For me, I found the experience inspiring. Engaging in robust theological reflection with young adults who take their faith in Jesus Christ seriously gives me hope. These students in their 20s and early 30s teach me so much and have so much to teach the Church.

This year I was deeply moved by the way the students took good care of one-another. The classroom was diverse: African-American, Caribbean-American, Asian-American, Queer, Non-Binary, Transgender, Latinx, Bi-racial, White, Cis-gender men and women and people from every Christian denomination from Evangelical to AME to Nazarene to Presbyterian. In that complex environment, the students displayed exemplary sensitivity and care in the way they addressed each other, made room for each other to tell their stories, and checked-in with each other when they became aware of a breach of trust or a lack of understanding. They were earnest, sensitive, sincere and properly cautious. They nurtured a learning environment that encouraged each person to be bold in sharing openly with the group.

By and large, I was raised in a different world of etiquette and culture than these students. I was raised to be sarcastic, snarky, ironic, jokey and, frankly, careless about my speech and the social power that comes with my privilege. It is popular in some circles to mock this generation for their sensitivity and earnest care, but I will not join in. Instead, I think we have everything to learn from them as we prepare to embrace a world of ever greater diversity and interdependence.

It also struck me that while the moral etiquette practiced by these students is intended to show the utmost respect for the autonomy of each sibling in Christ, the practice itself can become exhausting when pushed to a level of perfectionism. If we need to be constantly on guard against making mistakes in this complex environment, we may avoid the learning that comes with it. More than once, I asked for the grace of the class as I stumbled on pronouns or proper identification of Latinx and Queer people. Even my very New Jersey use of “You guys” as the second person plural needed adjusting! Luckily, I had ‘y'all’ in my quiver!

Thanks be to God and to these students, grace was extended. In the burden and promise of moral evolution we need love and grace to help encourage us along the way and to help us return to the posture of learning when we fall short. The promise that excites me is that we have a chance to be more moral than we have ever been before. If we can embrace and integrate what this generation is teaching us we can create communities that are safer, more inclusive, and more rich in diversity for all those who have been oppressed by the harshness, exclusion and violence of past generations. I choose to see the promise and let it inspire me to take up the burden which, under the yoke of Jesus, is easy and light.