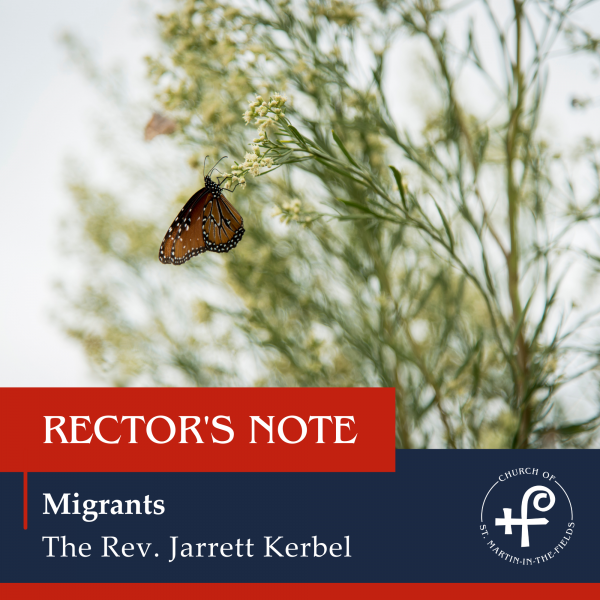 The scenes in Del Rio, Texas, of Haitian migrants huddled under a bridge upset me in many ways. I have a long history with Haiti and my heart went out to these desperate and vulnerable people seeking safety and wellbeing for themselves and their families. A large portion of the Haitian working age population left Haiti in the last two decades to work in South America, especially in Chile. The economic disruption of Covid-19 is causing that group to migrate Northward to the United States.

It sounds like something my family would do and, in fact, they did. My mother’s family migrated from Northern Ireland to South Carolina in the early 1800s. After disembarking they migrated to Northern Mexico in the area that would become Texas. Were my forebears legal immigrants to Northern Mexico? Were they invaders? Were they instruments of US government policy serving the Manifest Destiny agenda? The land they settled was Mexican land and before that it belonged to the Comanche and the Apache.

My father’s family came through Ellis Island in 1902 migrating from the Volga region of Russia. From New York they moved through Chicago and—enticed by railroad land promotions—to the Dakotas where they settled on “farmland” that had belonged to the Lakota people. Soon discovering that the land was unsuitable for farming, they ended up in Colorado. Service in World War 2 lifted the family’s prospects and they assimilated into the dominant white protestant culture.

Migration is constant. The free flow of people around the world goes back to the first humans leaving what is now Africa and the first humans to enter what is now North America 20,000 years ago either by sea or the Bering Land Bridge. Israel was a migrant people, and so scripture is filled with admonitions to be welcoming and kind to the immigrant and strangers in the land, because Israel was once vulnerable too. God’s covenanted people remembered their experience of wandering and made the commitment to turn with empathy and charity toward new arrivals.

Scripture guides us to open our hearts and our resources to migrants. I find it odd and disturbing that we believe in the free transit of goods, capital, information, money and upper echelon workers but we do not believe in the free movement of laborers. We could easily shape and invest more in a proper system of immigration for our country that prevented these mass traffic jams of humanity and approached migration as a normal part of life. What is stopping us?

The Rector's Note is a blog of weekly reflections by the Rev. Jarrett Kerbel.

Read and reflect each week with Jarrett. On occasion, we have a second post or a guest post that runs in the Recto…