COVID Update from the Rector - January 2022 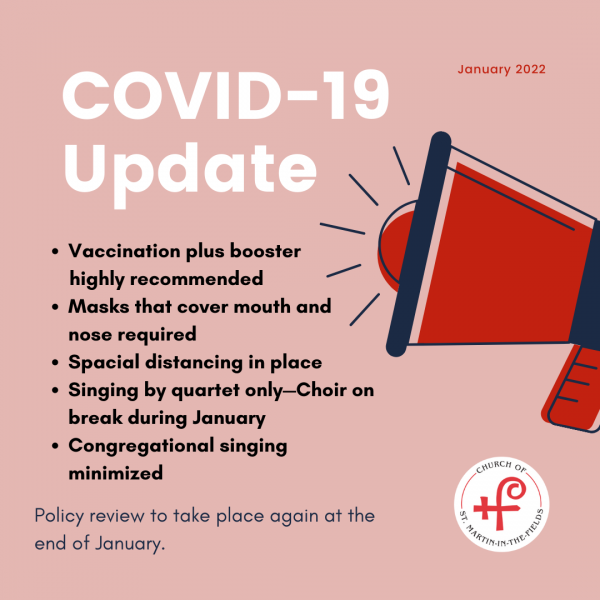 During January 2022, St. Martin's will continue in-person worship, although we strongly recommend that you be fully vaccinated and boosted if you attend in-person.

We have always operated on the honor system, and the congregation has been most honorable, so we will continue in that spirit. We will not check vaccination records. Masks covering mouth and nose remain mandatory and we will ask you to practice social distancing. If you can acquire them, KN95 or KF94 masks provide far better particle filtration than cloth masks, and are recommended for in-person worship.

We are cutting congregational singing to a minimum and the quartet will sing in January, allowing the choir to take a break for the month. Singing is a major spreader of aerosols that carry COVID. Our hope is that Omicron will spike in January and we will begin the transition from pandemic to endemic virus in February. We will keep you informed every step of the way. I am so very grateful for your wonderful cooperation with our health and safety efforts. 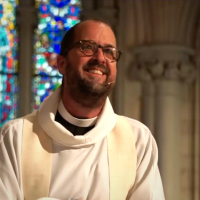 Worship continues both in-person and online. See below for how you can be a part of it. Check the current schedule and links to register below.