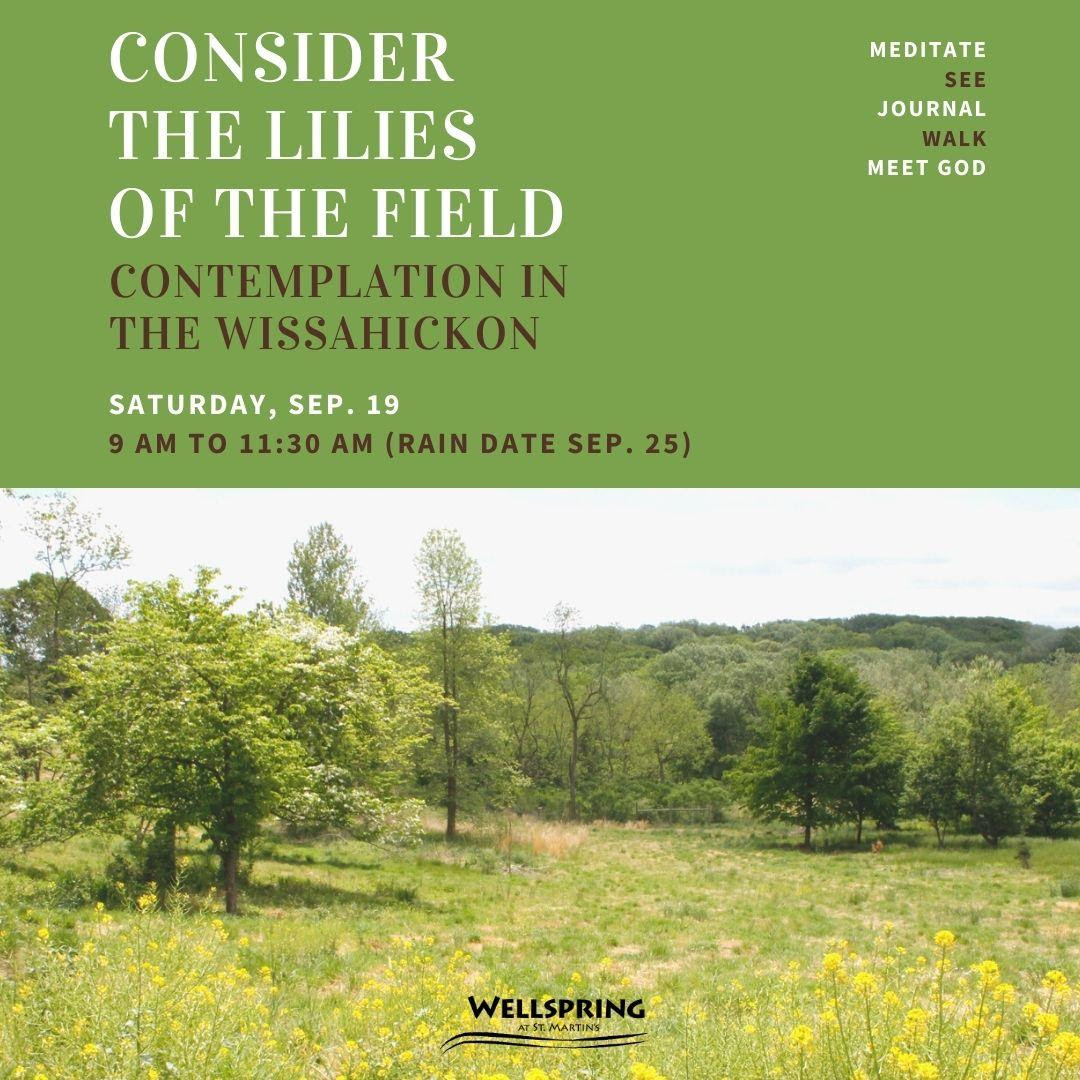 Spending time in nature is a great way to nurture the spirit. Join us on a mini-retreat in the Wissahickon Valley Park. Bring a journal, sketchbook, camera, or binoculars and something to sit on. Wear comfortable clothes and sturdy shoes. Limited walking well-trod dirt trails.
This reflective morning will be facilitated by Wellspring team members Susan Cole and Laura Birdsall.
The program is free, but registration is required. Meet at St. Martin-in-the-Fields on the Hilary House porch at 9am. We'll carpool from there to the Wissahickon Park.

Wellspring: a ministry for soul-discovery and spiritual growth.

St. Martin-in-the-Fields’ Wellspring Ministry assists the congregation and broader community in nurturing their spirits and deepening their relationships with God and one another through practices rooted in, or resonant with, the Christian tradition.

Add to My Calendar +