A Note from Fr. Jim 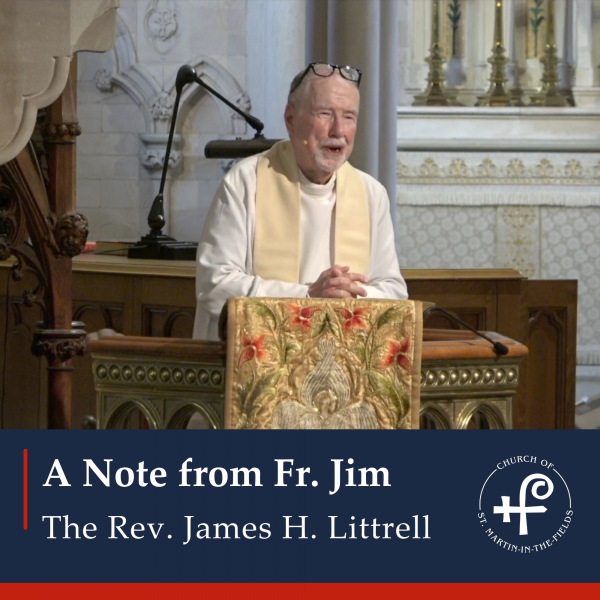 A little more than a week ago, Barb Thomson and I received an introduction email from Canon Benoit-Joseph, transition ministry officer for the Diocese. Since our Bishop becomes the Rector pro-tem of any parish absent a Rector or Priest-in-Charge, Canon Arlette was by her introduction offering my services to St. Martin-in-the-Fields as a kind of “bridge priest” on behalf of the Bishop until such time as an Interim Rector (who also will act for the Bishop) arrives for the next period of transitional prayer, discernment, and search that in God’s good time will yield your next Rector.

At the same time, both your Bylaws and the Canons of the Episcopal Church leave the parish’s executive and administrative duties and obligations in the hands of your Senior Warden, currently, as most of you know, the inestimable afore-mentioned Barbara Thomson.

What was not clear to either Barb or me when sat together on a stone bench near the columbarium ten days ago to begin to get to know one another was exactly what the job was into which I had been offered. We knew right away that Sunday ministry, preaching, presiding. at the Eucharist, coordinating and planning worship was needed. We knew some availability for pastoral care and care coordination would be required. We suspected some managerial and day-to-day parish administration might be useful.

What was hard to name and to predict was what I believe as become my chief role as I have plunged into ministry with the wonderful community which is St. Martin’s: being an informed and experienced but calm professional presence, being what I hope is generally a Godly presence, with and among all of you, and being a junior but “seasoned” (as Barb says) partner with your Warden in understanding and helping to move the community through these first tender days and weeks of transition.

And these days have been very tender. Tragedy has marked the community even as another school slaughter has unfolded in the nation. Everything else in our vexed world continues in its growing vexation. In the community and into that vexation, St. Martin’s—and my ministry with you—needs to pour compassion, needs to stream God’s love, God’s very being. We do that by how we live, and by how we order our lives to become more and more agents carrying out the promises of our baptismal covenant.

I invite you to reread that covenant and in these transitional days to put away anxiety, put on the robe of God’s infinite Love, and to dedicate yourselves again to those baptismal promises, to actually being Beloved Community even as we strive together every day to become that community. God is surely with us, in all of life and in our death. All that is required of us—and this is not nothing—is to lean heavily into God’s arms, absorb God’s potent Love, and stream that Love into creation. If we do that, all will be well.

Thanks be to God! 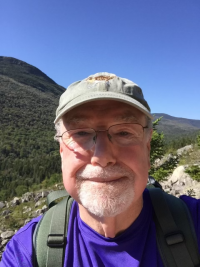 
We are pleased to welcome The Rev. James H. Littrell (Jim) as our new Interim Rector at the Church of St. Martin-in-the-Fields, Philadelphia.